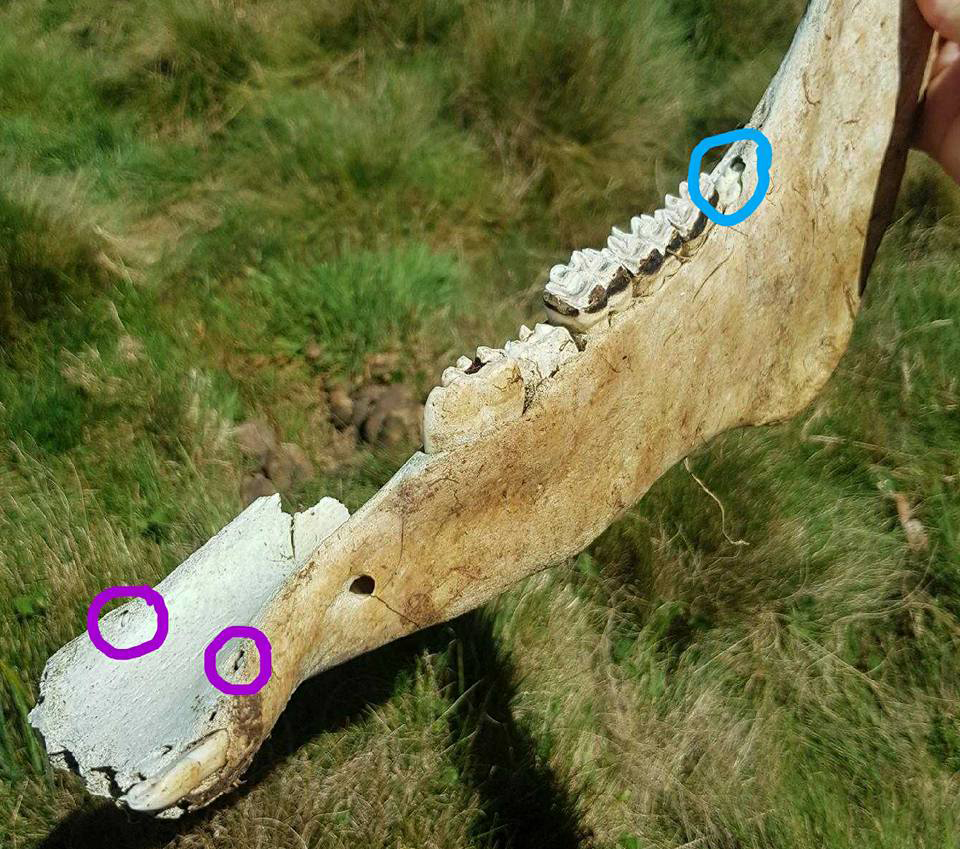 After walking around at Barrington Tops on the search for some brumbies (which we eventually found) I came across the skeleton of a brumby scattered and half burried on the ground.

Believe it or not; but this section of the brumby’s jaw can determine alot about the brumby, including age and sex.

Ultimately from my observations I believe that this brumby was a colt at approximately the age of 3.

I hope you have enjoyed my interesting investigation!

10 Things You Might Not Know About The Horses Respiratory System 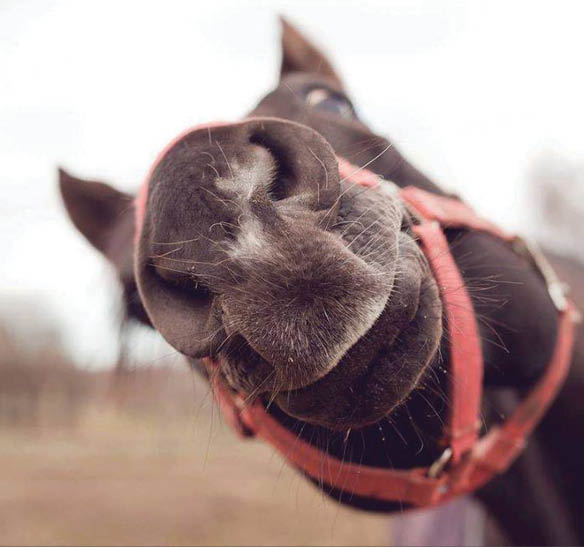 10 Things You Might Not Know About The Horses Respiratory System

1. The horse only breathes through its nostrils. They do not breathe through their mouths unless they have an injury or abnormality to the soft palate.

2. At canter and gallop normal horses take one breath perfectly in time with one stride.

3. The amount of air moved in and out of the lungs increases in direct proportion to how fast the horse is running.

5. If you tighten a horse’s girth too much, it will affect the horse’s performance–not because of constricting the chest and preventing the lungs from expanding, but because it decreases the effectiveness of the muscles around the front of the chest and shoulder that move the forelegs.

7. Horses hold their breath over jumps and do not breathe again until they land, starting with breathing out.

8. You cannot train the respiratory system of the horse. The amount of air moved in and out by an unfit horse at a fixed speed will be the same six months later when that horse is fully fit.

9. The pressure in the blood vessels within the horse’s lungs during galloping is four to five times higher than resting pressure.

10. If all the airways in the lung were opened out and laid flat on the ground, they would occupy a total area equivalent to 10 tennis courts.

Advantages and Disadvantages of Lateral Movements 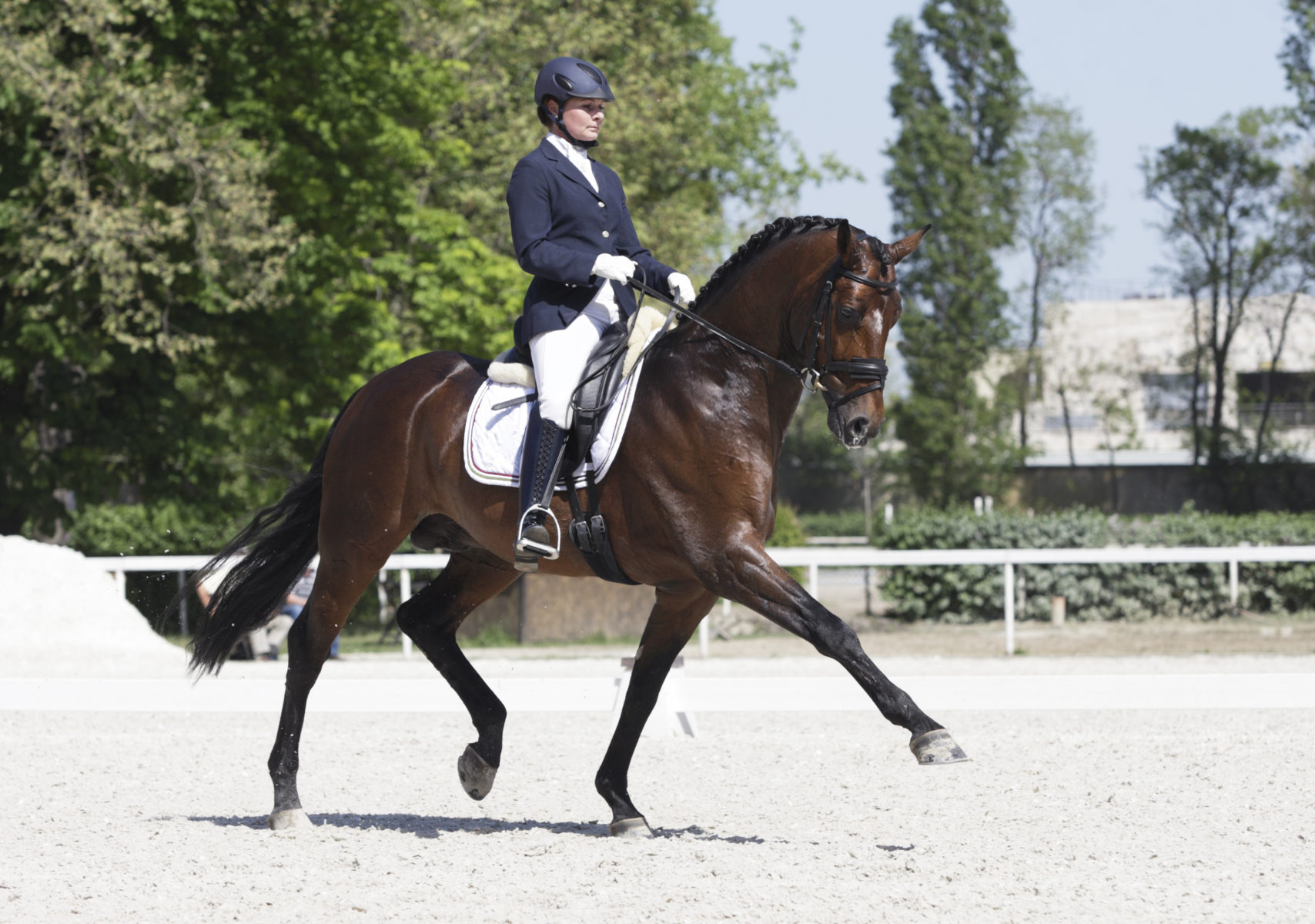 During the stance phase of a limb in lateral movements; landing is initiated on one aspect of the hoof while propulsion is initiated on the opposite side of the hoof (as seen in the image). This results in placement of asymmetrical loads at the articular surface as well as asymmetrical traction on the collateral ligaments, which could cause damage to horses with existing ligament or joint pathology.

During each step, the pressures on the hoof pass from one side to the other, placing asymmetrical stress on the ligaments (tension) and joint surfaces (pressure) with translocation of these forces. This means that horses with pre-existing articular problems should not undertake these exercises, or they should be done with caution, as they are at risk of perpetuating the problem.

The addition of these ligamentous stresses to the normal biomechanical loads means that exercises involving lateral movements should only be undertaken after a long warm-up, which stretches the collateral ligaments through their viscoelastic nature. However, the excessive biomechanical stresses can be limited if the horse is trained on soft ground. Alternatively, lateral movements can be used to warm-up the collateral ligaments of the lower joints in order to prepare the horse for more stressful exercises such as the pirouette.

Despite the few musculoskeletal disadvantages, lateral movements offer several advantages in physical preparation and training of the athletic horse.

They place certain prominent muscular groups under variable degrees of contraction and lengthening and improve the overall length and efficacy of movement. E.g. the gluteal muscles improve overall impulsion of the hindlimbs, the iliopsoas muscle facilitates and increase in lumbosacral mobility and hindlimb engagement, and the pectoral muscles increase the forwardness of the forehand.

Lateral movements also work groups of muscles that are infrequently or rarely used. In particular, the encourage development of the adductor and abductor muscles and activate certain deep muscle muscles.

If your horse is experiencing muscle restrictions during lateral movements, schedule an appointment today with MEL Equine for a full assessment on 0423 051 781 or by messaging the page.

If there is a specific topic or horse related question you would like discussed or answered. Please let me know!!

Effects of Lowering the Head and Neck 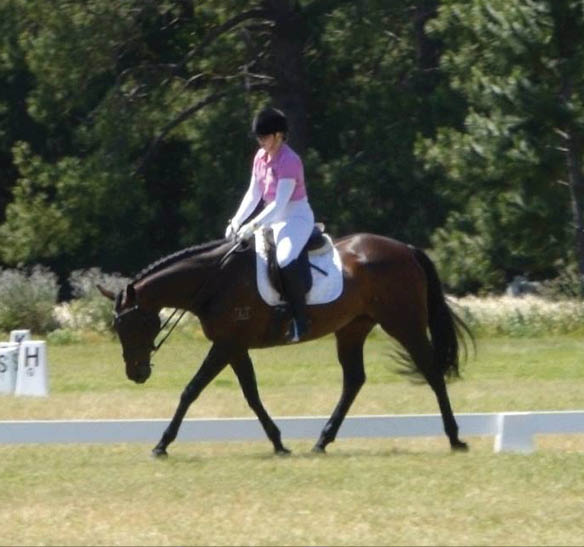 Effects of Lowering the Head and Neck

Stretch circles and free walk (letting the horse reach forwards and downwards) are common movements during dressage tests; allowing and encouraging your horse to stretch down when being ridden under saddle has many positive effects.

Benefit #1: Flexion of the neck and, therefore, the thoracic spine results in a separation between each of the spinous processes of the thoracic vertebrae. It is therefore a pain relieving position in horses ‘kissing spine’ and represents a real physiotherapeutic treatment. This can also be achieved by stretching in hand using a treat (carrot) to bring the horses neck downward toward their front legs.

Benefit #2: Strong traction by the nuchal ligament, which inserts onto the spinous processes of the withers, results in flexion of the thoracic spine along its entire length. The back consequently arches, directly under the saddle which therefore supports the rider. This can be used to advantage in a couple of situations.

Benefit #3: Arching of the thoracic spine induces elongation of the erector spinae muscle and the juxtavertebral (multifidus) muscles, which work during lengthening. Elongation of these extensor muscles of the vertebral column increases the efficiency of their contraction during sport exercises; therefore, thoracic flexion along with efficient abdominal contraction is a valuable tool in the preparation of athletic fitness.

If you feel that your horse does not willingly stretch forward or downward, schedule an appointment with MEL Equine today; to aid in the release of muscle restrictions that may be present and improve your horses well being.